Welcome to the first episode of CFF-TV!

I am Matt Manero, and I am the founder of Commercial Fleet Financing. We have a hot topic that is on everybody’s mind, which is the Biden Infrastructure Plan and how it impacts the trucking business. We at Commercial Fleet get a lot of questions. Everybody wants to know what is this thing look like, right? This infrastructure plan sounds so good that it solves a big problem. We got to get our roads fixed, but really what does it mean for the transportation industry?

A Look Inside Biden’s Plan

So here is our take, let’s take a minute and go through what the Biden infrastructure plan is actually all about and what makes up the $2 trillion. So here’s the breakout. There will be $621 billion of the $2 trillion, which will go to bridges, roads, public transportation, ports, airports, and electric vehicle development, $621 billion of the $2 trillion will go to care for the elderly and disabled $300 billion will go to water and electric infrastructure build out $300 will be going to the building and retrofitting of affordable housing and schools. 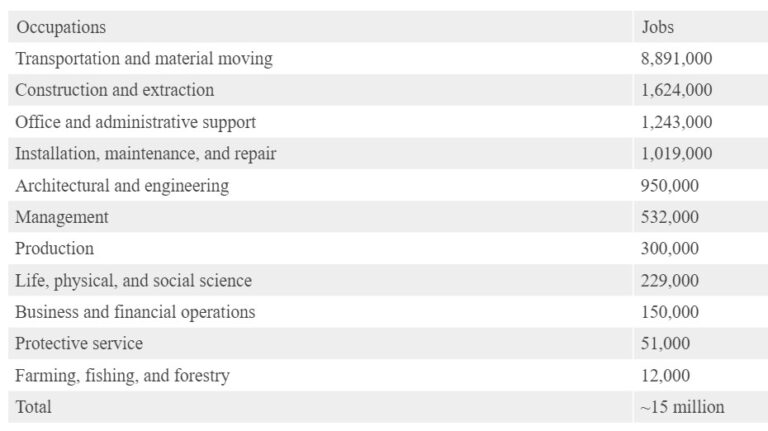 And $500 billion will go into the American manufacturing and research and development piece. Add them up. You get $2 trillion bucks. Here’s what’s bizarre and how it impacts the transportation industry. 20,000 miles of roads will be impacted by that $621 billion worth of funding. Now that sounds pretty good. 20,000 miles of road sounds like a lot of miles, but I’m afraid I got an overlay. Another piece of data for you, the United States has 4.2 million miles of roads. So of the 4.2 million miles of roads, we’re only working on 20,000 miles. It’s like 0.0, zero four of the roads in America are going to get addressed by this. Now at commercial fleet, we are capitalists. I would go so far as to say we are card carrying capitalists. We like the idea that business has the chance to flourish. And under that light, we like the idea of the Biden infrastructure bill, but at the same time, we are realists here.

How The Bill Gets Paid

We’re still a long way away from 2 trillion. Now they also say that they’re going to put in a global minimum tax for corporations to avoid corporations for moving their money off shore. If you choose to do that by administration says, they’re going to tax you. No one has any idea of what money that’s going to bring in or what that impact is going to be. The point is our government is one more time spending money printing money, and no one knows how we’re going to pay for it. And you as the viewer and me as your host have to ask ourselves how much of that do we really care about? Because to give you a data point as well, in the 2008 and 2009 recession, our country created about $600 billion worth of stimulus. And before this plan, we are already at $6 trillion worth of stimulus through COVID.

We have stimulus into the economy 10 times more money because of COVID than we did because of the great recession we got through the great recession. Okay. But it was a real deal for those of you who were in business in 2008 and 2009, like we were, I was a tough time and we only put 600 billion to work through. COVID trucking has done incredibly well through COVID we’ve issued 10 times the amount of stimulus sooner or later that that chicken’s going to come home to roost. Y’all, let’s leave that out for the hot topic today, because it’s not just this bill that impacts it. It’s the entire monetary policy of our government that says we longer care about balancing a budget. We no longer care about having a surplus. We no longer care about our national debt. We’re literally just going to continue to print money, to keep ourselves out of a deep recession.

What Does This Mean For Fleet Owners

So what happens to you in trucking, if this bill passes, this bill will have to be restructured in some way, shape or form. But I do believe a version of this bill will pass because we have to get our roads cleaned up and our bridges cleaned up. And some of our infrastructure problems fixed. If you just look at the state of Texas where we’re located, we have a massive electrical grid problem that none of us knew about until we had the great Snowmageddon in the month of February, where we all basically halfway froze to death here in the state of Texas, not just for a day, but for almost a week. So there is a infrastructure problem in the United States. And I like that the government has taken the initiative to fix it. Here’s what it means for transportation. And we are unbelievably positive about this.

By the way they say that this is an eight year process to execute on this plan. They also say that they’ll pay for it in 15 years. I have no idea how they’re going to do that, but they do say that this is an eight year build-out and it would be amazing for the trucking industry and the transportation industry. If we were really busy for another eight years, I would love to keep this momentum going. Despite the fact that we are kicking the can down the road from a national debt, inflation is going to have to rear its ugly head even more than it is right now. It has to come back around, but let’s make hay while the sun shines.

I hope you liked this episode of, hot topics on CFFTV. I am Matt Manero your host and we will see you down the road.

Ch. 3 | Building Out Your Endgame