2019 Year in Review: Countdown of the Top 7 Events that Shook the Freight Industry

2019 Year in Review: Countdown of the Top 7 Events that Shook the Freight Industry

This year brought more smiles and cries to the transportation industry than the classic comedy/romance movie, Sleepless in Seattle.

Some may argue this year brought more cries and screams, no smiles, like a Steven King novel.

Still, if you survived 2019, tis’ the season to be jolly, indeed. You deserve a double shot of egg nog, like Chevy Chase in National Lampoon’s Christmas Vacation.

One industry analysis you simply can’t miss was provided by Matt Manero, president of CFF, on what happened in the economy of freight in 2019. Review his analysis here

Let’s countdown some of the headline making events that shook the freight world in 2019. This is some of the good, the bad, and the downright ugly we shared with you in our blog this past year.

Right off the bat, we start with…

This is a day and age where people are ordering items like dental floss and wanting it to be delivered in two hours. Clothing, books, food, and other household goods are being shipped day-in-and-day-out, and demand is rising faster than ever. 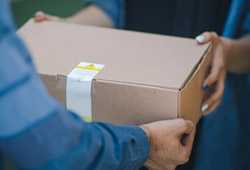 I mean think about it. Just 20 years ago, not even 1% of U.S. retail sales were made on the internet and by 2017 that percentage grew to about 10% of all retail sales in the country.

That’s an eye-popping 3,000% hike in demand for eCommerce home deliveries.

There’s no mistake about it, final-mile trucking is a can’t-miss trend that’s changed America.

#6: We Wondered If Washington Bureaucrats Could Relate to America’s Truck Drivers. The Trump Administration Pushed to Relax Truck Drivers’ Hours of Service

Some commercial truck drivers have been hit where it hurts by our nation’s hours of service (HOS) regulations – the pocket-book and time with their families. Now, increased flexibility that affects how commercial drivers operate could be on the horizon, according to a recent report issued by the A.P.

The report outlines the U.S. Department of Transportation’s recent proposal of amended laws to ‘relax’ current regulations on truck drivers’ HOS. What’s more, the Trump administration is pushing for changes to provisions in driver training rules to give states more wiggle room in how they issue Commercial Drivers’ Licenses.

This is welcome news to the country’s estimated 3.5 million heavy truck drivers who have been impacted by the regulation on their HOS, which currently stipulates that long-haul commercial drivers may drive a maximum of 11 hours within a 14-hour on-duty window every 24-hour period.

This means the last 10 consecutive hours of that 24-hour period must be spent off-duty before drivers may clock in again. Regulations also dictate that drivers must take a 30-minute break before reaching the eight-hour mark on the road.

The 12% excise tax on new semi truck sales is currently among the highest excise taxes in the nation, impacting an industry that is struggling with compliance costs associated with regulatory mandates.

The FET applies the tax on gross vehicle weight (GVW) vehicles above 33,000 pounds, trailers above 26,000 pounds, and tractors above 19,500 pounds, on their first sale. First introduced in 1917 to help fund World War I, the tax has grown from three percent to its current 12 percent.

Legal cases that end in freight companies being liable for $10 million+ in restitution are called, ‘nuclear verdicts’ because they essentially decimate companies and even impact related businesses.

Just a couple of months ago, the latest nuclear verdict brought an industry giant to its knees. 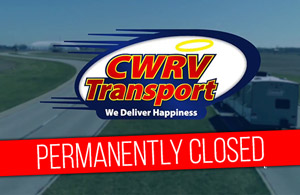 540 truckers plus 25 staff members of the country’s second leading RV and Motorhome hauler in North America, are officially out of work. The exclusive hauler for the RV chain Camping World, who reportedly drove 25 million miles in 2018, has been forced to close its doors for good, as of November 1, 2019.

You see, CWRV Transport was recently the defendant in a civil lawsuit, wrongful death case where a husband and wife were killed by an independent commercial driver who fell asleep at the wheel back in 2017. This driver was a CWRV contractor. The victim couple were survived by two college-aged children who were awarded $26.6 million in restitution.

This trend has trucking companies covering their butts, ensuring they aren’t next on the chopping block.

#3: New AB5 Law ENDS the California Trucking Business As We Know It

The bill that California Senators just approved called ‘AB5’ is set to swiftly put tens of thousands of independent truck drivers out of business by the end of 2019.

Indeed, this legislation that has just passed the Senate has thrown a wrench in the well-oiled economic trucking engine of the sunshine state.

What initially sounded like a well-intentioned law designed to protect under-paid workers in the ‘gig’ economy of Uber and Lyft, has unwittingly imposed severe and irreconcilable consequences on a whole state of independent truckers. This could have all been avoided in the Senate had simply made an exception for the freight industry…but they didn’t.

Even worse, more states are already picking up this law, which spells bad news for independent truck drivers.

There IS one rainbow in a hurricane’s eye, reminding us of the biblical promise that the world would not be flooded again, like it was in the times of Noah.

The Section 179 tax deduction is like a much-needed escape hatch that could catapult you back to viability with your next commercial truck and/or equipment purchase.

You see, Section 179 of the IRS tax code allows businesses to deduct the full purchase price of qualifying commercial trucks and equipment designed to save small to medium sized truckers, owner-operators, and businesses money.

If does this by allowing you to deduct 100% of the cost of the new or pre-owned truck from your taxes!

Toronto-based aggregate haulers were white-hot over sky-high insurance rates, which is why they took to the streets with good ole’ fashioned picket signs in a full-on protest.

Their slow-moving truck convoy displayed signs that proclaimed, “honk if you hate your truck insurance,” and “commercial insurance sucks.”

This group is just one of a growing list of Canadian and U.S. fleets that have been hit with higher insurance premiums as a result of insurers re-evaluating their risks of the trucking industry.

More than just a minor annoyance of trucking companies, there seems to be a direct correlation between the rising number of actual trucking company shutdowns and rising insurance rates. These rising rates are not just picking cherry-on-top profits out fleets, it’s putting some companies out of business entirely.

This INSURANCE Act would mandate that truckers start carrying close to $5 million per vehicle in liability coverage. That’s up from the current $750,000 requirement – where most truckers carry at least $1 million in coverage.

That’s a jaw-dropping increase of more than 500% in mandatory coverage.

Wow. That was heavy.

But the good news is, there’s a ton of opportunity in freight and 2020 looks to bring many good things to the industry. We know, perhaps better than most, that fleets are still growing and money is still being made in trucking. After all, we finance more trucks and equipment than any other independent company in America.

So, keep your head up and close out the year with great expectations for the new year.

Handpicked Related News: One of America’s top truckload carriers, Celadon, files bankruptcy leaving 3,000+ truckers and close to 1,000 administrative people out of jobs! 3,500 trucks and 10,000+ trailers, stranded. Is it a good thing or bad thing?
Find out what Matt Manero, president of CFF, has to say in this Monday Transportation in Minutes. Watch it Here:

About Commercial Fleet Financing, Inc.:  At Commercial Fleet Financing (CFF), our pros have given smart advice to fleet owners and owner-operators in the transportation, moving, towing or construction industries for more than two decades. With CFF, finding the right financing solutions is a phone call away and most borrowers secure commercial vehicle financing with ease. To talk directly with one of our finance pros and get started with a credit approval in as little as two hours, CFF’s phone number is (469) 208-4701.